Our team in Timor-Leste

Author
Roy Trivedy
UN
Resident Coordinator
roy.trivedy@one.un.org
Roy Trivedy has worked in international development for more than three decades. Previously he worked for the Department for International Development, UK for 13 years in various roles in the UK, African and Asia. He joined the UK Civil Service after 20 years of working for non-governmental organisations including Oxfam and Save The Children in the UK, Mozambique, India and Malawi. He studied at the Institute for Development Studies, Sussex after completing a law degree at the University of Sheffield, UK. 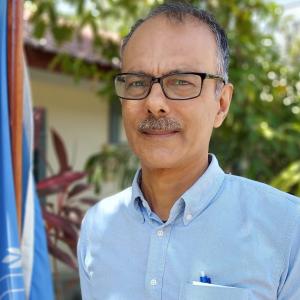 Author
Bilal Aurang Zeb Durrani
UNICEF
Representative in Timor-Leste
+670 331 1300
bazdurrani@unicef.org
Prior to joining UNICEF Timor-Leste, Mr Durrani served as the Head of UNICEF’s South Korea Office. He brings to this job 20 years of progressively responsible expertise in international development with UN agencies and international NGOs at the Headquarters level as well as in complex humanitarian, emergency and development settings in Asia and Africa. A national of Pakistan, Mr Durrani holds a Master’s Degree in International Development from the International Institute of Social Studies in the Netherlands, a Master’s in International Public Policy from the Central European University in Hungary, and a Master of Business Administration (MBA) degree from Bahria University, Pakistan. 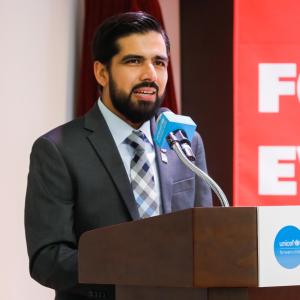 Author
Cecilia McIntosh
IOM
Officer-in-Charge
+670 331 3038
cmcintosh@iom.int
During the absence of a designated Chief of Mission, Ms Cecilia McIntosh, Monitoring and Evaluation Officer, has been designated as the Officer in Charge of the International Organization for Migration (IOM) Timor-Leste until further notice. 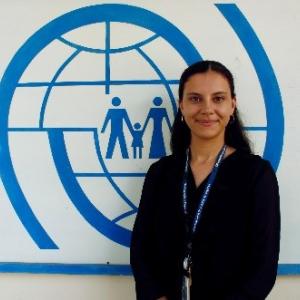 Author
Claude Nomsi Mpirat
UNCDF
Financial Inclusion Officer
+670 331 1220
claude.nomsi.mpirat@uncdf.org
Mr. Claude Nomsi Mpirat is the Financial Inclusion Coordinator for the United Nations Capital Development Fund, UNCDF, in Timor-Leste. He started his mission in Timor-Leste in August 2019, when he joined UNCDF. Prior joining UNCDF, Claude, a Senior Risk Management and Banking Supervision Expert, has carried out several consulting assignments, as technical consultant, in various geographies, including Africa, Central and Eastern Europe, Asia, and the Balkan region. Claude holds a Master’s in Economics from the University of Ljubljana. 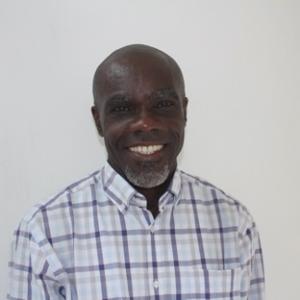 Author
Claudia Soares Gomez Diaz
OHCHR
Human Rights Adviser
hrau.timor-leste@one.un.org
Claudia Diaz is the Human Rights Adviser for the UN in Timor-Leste. She has been working with the UN for 18 years at the HQ in New York, as well as in different conflict and post-conflict settings, including in Guatemala, Nepal, Sudan (Darfur), Timor-Leste (2001 and 2010-2012) and Venezuela. Ms. Diaz has vast experience on international human rights and humanitarian law issues, particularly advising and building the capacity of national institutions and atrocity prevention mechanisms. She has an advanced degree in Law and a Masters in Human Rights and Democratization. 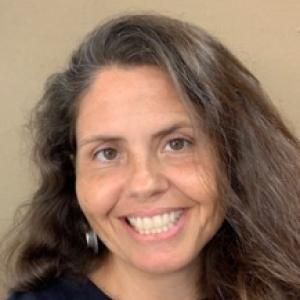 Author
Dageng Liu
WFP
Representative
dageng.liu@wfp.org
Dageng Liu has been WFP Country Representative in Timor-Leste since April 2018. His major role is to build strategic and operational partnership with key government counterparts and development partners to ensure effective implementation of WFP Country Strategic Plan (CSP) 2018-2021 that contributes to the achievement of the Government’s Strategic Development Plan 2011–2030 and SDG 2030 Agenda. He has served previously in different programme and management functions in Indonesia, Sudan, DPR Korea, Myanmar and China. Before joining WFP, Dageng has worked with the Chinese Ministry of Agricultural and Rural Affairs. He received a university education in Agricultural Economics and got his bachelor’s and master’s degree in the subject in 1990 and 1999 respectively. 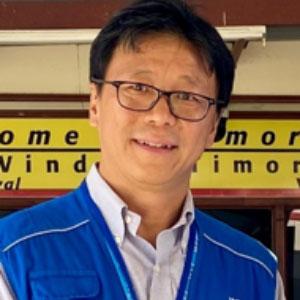 Author
Esam Alqararah
UNIDO
Representative
+62 (0)816590398
e.alqararah@unido.org
Mr. Alqararah has more than 30 years of experience in Economic and Rural development and Agroindustry. . He holds a master degree in Business Administration and B,Sc in Agriculture from University of Jordan. He served as Director of Project Dept. in Jordan Cooperative Organization until 1999, then he worked as International Expert for International Center for Agriculture Dev, (ICARDA), Syria and then Syria, and International Expert / Project Manager for FAO in Iraq, Palestine and Rome. He joined UNIDO as UNIDO Country Representative in Jordan for 7 years and then he served as UNIDO representative in Pakistan for four years before he was re-assigned as UNIDO Representative in Indonesia. 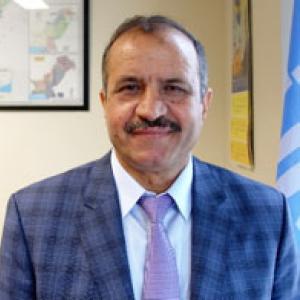 Author
Mario Ximenes
UNV
UNV Country Coordinator
Since January 2020, Mr. Ximenes is in charge of the UNV Field Unit as the UNV Country Coordinator, overseeing over 50 UN Volunteers and managing day-to-day operations. He ensures that the UNV Field Unit is operational in three domains including mobilizing volunteers, advocating for volunteerism, and pursuing the integration of volunteerism across policy, legislation, and programming. Mr. Ximenes is engaged with other Volunteer Involving Organizations and government partners to establish the first National Volunteer Scheme in the country. Mr. Ximenes graduated from the University of Adelaide in 2015 with a degree in Psychological Science. 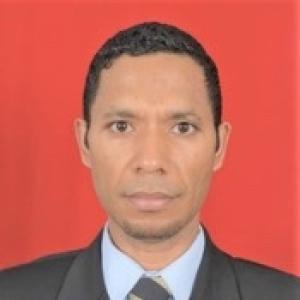 Author
Michiko Miyamoto
ILO
Head of Mission
+62 21391 3112
miyamoto@ilo.org
Ms. Miyamoto has been the Country Director for ILO activities for Indonesia and Timor-Leste since March 2017, and is based in Jakarta, Indonesia. Prior to that, she was the Officer-in-Charge and Deputy Country Director for ILO activities for Indonesia and Timor Leste. Promoting ILO’s mandate of Decent Work for All, she has worked for Timor-Leste since 2011 under the country framework of Timor-Leste focusing on employment promotion, social protection, rural socio-economic development and good labour market governance institutions. She has worked in international development over 20 years. Previously, she worked at the ILO HQ and the Regional Office for Asia Pacific, specializing in small business development, job creation programmes, and capacity development. Ms. Miyamoto holds a Master of Public Administration and Master of Art, Public and International Affairs from University of Pittsburgh. 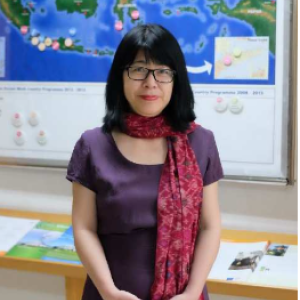 Author
Munhktuya Altangerel
UNDP
Resident Representative
+670 331 1220
tuya.altangerel@undp.org
Ms. Altangerel is the Resident Representative of UNDP Timor-Leste, since June 2019. She served as the Deputy Resident Representative for Programmes and Operations in UNDP Georgia (2018-2019) and UNDP Kazakhstan (2014-2018). She is a seasoned international development practitioner with 17 years of experience. During 2007-2014, Tuya served as a policy advisor/specialist at the Bureau of Development Policy at UNDP HQ. During 2004-2007, Tuya served as the Assistant Resident Representative in UNDP Kyrgyzstan, and as a team leader for UNDP in Tajikistan. Prior to joining UNDP, she managed policy research and advocacy projects at the World Bank and other organizations. Tuya obtained her Master of Science in International Development Management from the London School of Economics, UK, and a Bachelor in International Relations and Economics from the University of Pennsylvania, USA. Tuya is a national of Mongolia. 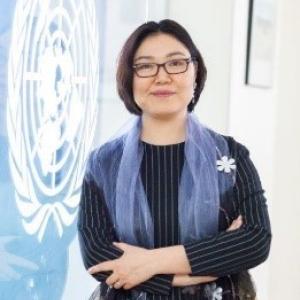 Author
Richard Trenchard
FAO
Representative
+881 622491645
Richard.Trenchard@fao.org
Dick Trenchard has more than 25 years of development, humanitarian and crisis experience. He will be acting as FAO Representative ad interim for Indonesia whilst performing a similar role for Timor Leste. Before this, he was head of Regional Policy and Senior Adviser for the Near East and North Africa, based in FAO’s regional office in Cairo. Previously, he was FAO’s first “Whole of Syria Coordinator” and FAO Representative in Somalia, playing a key leadership role in an unprecedented and successful international and national effort to prevent famine warming becoming the spectre of famine. He has experience in a range of sudden-onset and complex emergency settings, including South Sudan, Sudan (Darfur), Liberia, Pakistan, Somalia, Syria and Rwanda and has supported development programmes and operations in more than 30 countries. He has a PhD from Cambridge University (UK) and a BA (Hons) in Geography. 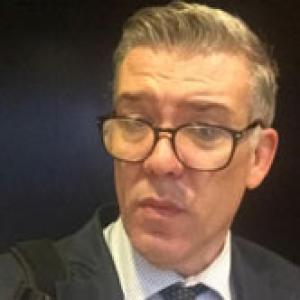 Author
Ronny Lindstrom
UNFPA
Representative
+670-3312009/3312009
lindstrom@unfpa.org
Mr. Lindstrom is the UNFPA Representative in Timor Leste and has been in the post since January 2018. Ronny has an extensive background in UNFPA and started his career in Central Asia as a Programme Officer, covering the Central Asian Republics based in Tashkent, Uzbekistan. He has also worked in the Asia and Pacific Division, worked in the Division of Management Services where he among other duties served as the secretary of the CRC. Under the UNCT, Ronny is the Chair of the Operations Management Team, the Co-Chair of the Gender Theme Group and is the Co-Chair of the Health Results Group. Mr. Lindstrom, a Swedish national, holds a Ph.D. in political science from the University of California. 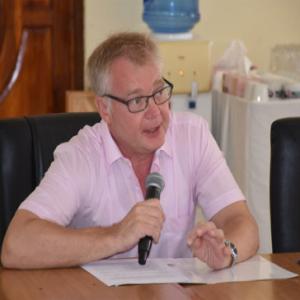 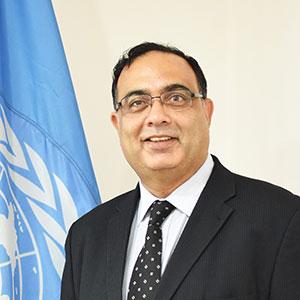 Author
Sunita Caminha
UN Women
Head of Mission
sunita.caminha@unwomen.org
Sunita has been working for UN Women Timor-Leste since 2013, starting as a Programme Specialist covering Women, Peace and Security and Ending Violence against Women and Girls. In 2016, she was appointed as Deputy Country Representative, serving from October 2016, and since 2017 as Head of Office. As an alumni of Columbia University’s of School for International and Public Affairs, Sunita started her career with Columbia University’s Center for International Conflict Resolution in 2001, is certified in community mediation, and first came to Timor-Leste in 2002 working on a conflict-sensitive community small grants programme. She later joined UNIFEM (now UN Women) at UN HQ in NY for 5 years. An Indian-American, Sunita has lived and studied in Tanzania and Spain, developing multilingual skills in English, Swahili, Spanish, Tetum and a bit of Fataluku.