A TB laboratory on wheels in Timor-Leste

Twenty-one-year-old Lita*, a resident of Atauro island in Timor Leste, had been suffering from cough and breathlessness for the past one month.

Twenty-one-year-old Lita*, a resident of Atauro island in Timor Leste, had been suffering from cough and breathlessness for the past one month. She was screened at the Bario Pitte Clinic in Dili, the capital city of Timor-Leste, where the doctors suspected her of tuberculosis. On 19 August, she was referred to the One Stop Mobile Diagnostic Van parked in Dili’s Caicoli area for confirmatory tests. As Lita entered the large container truck, designed, and transformed into a laboratory from inside, she hoped that the doctor’s suspicion was wrong. But her worst fear came true when the chest X-ray report that came out within three minutes showed “abnormal study”. Soon, the lab technician informed Lita that her sputum will have to be tested to confirm TB. An hour later, the test report stated that the mycobacterium tuberculosis was “detected” in her sample.

Nearly 508 people in per 100,000 population in Timor-Leste are affected by TB- a serious bacterial infection that mainly affects the lungs. Lita is one of them. The island nation has among the highest incidence of TB in the world, making it crucial to focus on active case finding and timely referrals to break the chain of the spread. The TB laboratory on wheels deployed in Dili will now take TB diagnostics closer to the community and ensure early detection of the disease. Lita, who has been initiated on the TB treatment at the Bario Pitte Clinic, was among the first few people to be tested in the mobile TB van while laboratory technicians and other health workers were being trained to operate it during the early preparatory phase. This initiative towards active TB case finding is expected to be implemented as a key strategic intervention under Timor-Leste’s National TB Programme for the first time in outreach settings.

The One Stop Mobile Diagnostic Van in Dili. Photo Credit: WHO Timor-Leste/Cirilo

The ‘One Stop Mobile Diagnostic Van’ is equipped with digital X-ray and the TrueNat TB test, a molecular test that diagnoses TB in one hour and also tests for resistance to the drug rifampicin. It also has an electronic medical record facility synchronized with Artificial Intelligence for reading the digital X-ray films. The mobile diagnostic van supported by the World Health Organization in partnership with Global Fund was handed over to the Ministry of Health on 5 August 2022 in a ceremony graced by the country’s Prime Minister Taur Matan Ruak among other dignitaries. 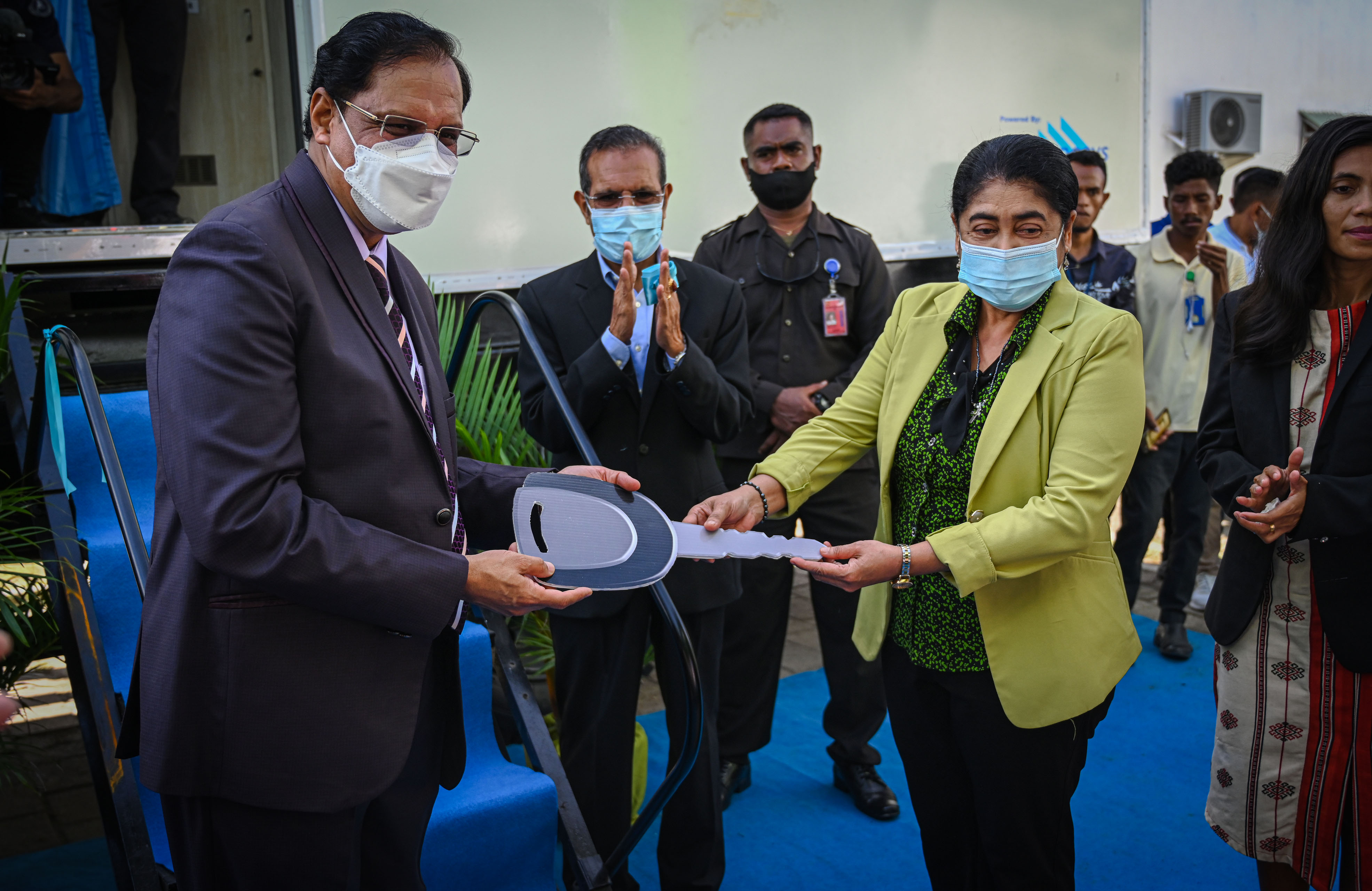 In October 2021, the Prime Minister signed a pledge to end TB in Timor-Leste and also launched the ‘National Plan for Accelerated Actions for Ending TB by 2025’. As the country strives to combat the disease, initiatives like the introduction of mobile TB laboratory will go a long way.

“Transport is a major challenge for people living outside Dili,” said Lusilda Rosa Guterres, an assistant coordinator (TB) at the Bario Pitte clinic in Dili. “Very often, people ignore their symptoms because they don’t want to travel all the way to Dili for medical examination or treatment. We get so many patients who are already in the advanced stages of TB,” she said.

According to Guterres, if a mobile laboratory can reach the people near their homes, it will encourage them to come forward and get tested. “Not just Dili, the government should definitely work on having such mobile clinics in other municipalities as well,” she said. 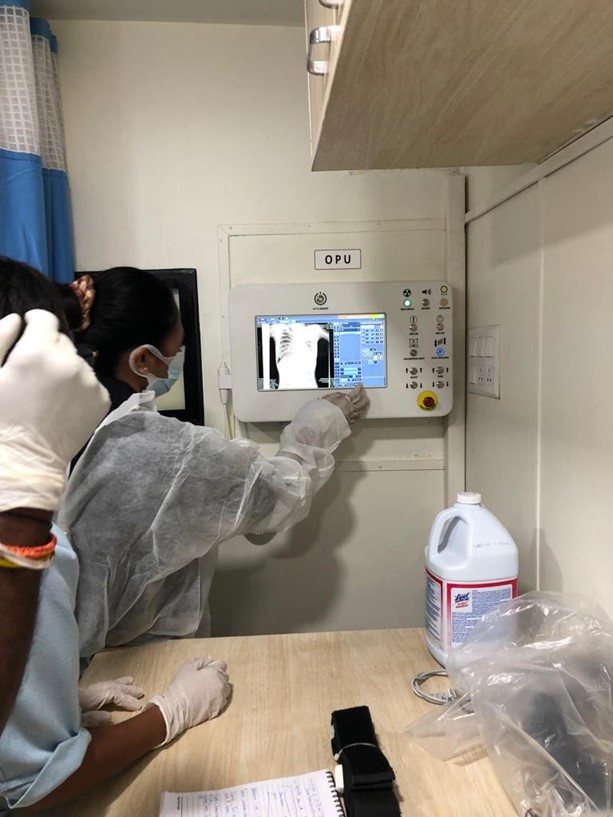 Training of health workers inside the One Stop Mobile Diagnostic Van on 19 August 2022. Photo Credit:  WHO Timor-Leste.

Timor-Leste is divided into 14 districts or municipalities. Some of the municipalities are more than six hours away from the capital Dili, and the access route is largely mountainous. But with limited TB screening facilities, patients have to traverse long distances.

For instance, chest X-ray facility is available at Hospital Nacional Guido Valadares (HNGV) and Bario Pitte clinic in Dili and five referral hospitals in Baucau, Maubesse, Maliana, Suai and Oecusse municipalities. A few other private clinics offer the X-ray facility, but the cost can range from $15 to $20. Around 15 GeneXpert machines are also being used in the municipalities to detect TB and Rifampicin resistance, but more access to such screening is still needed for the people of Timor-Leste.

“Considering all the challenges, taking point of care comprehensive ‘One Stop’ TB diagnostics closer to the community will play a crucial role in the nations goal to end TB by 2025,” said Dr Arvind Mathur, WHO representative to Timor-Leste. “This van will help to screen TB among different populations including high risk people and in Succos (villages) and Aldeias (hamlets) across Dili and then in different municipalities,” he said.

*Patient’s name has been changed to protect her identity